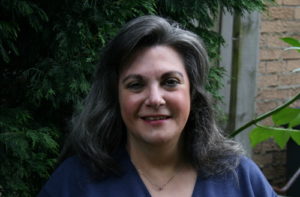 LearnSpanishinSouthShields.com is part of D and A Enterprises and has been created to focus on the area of Spanish Language Tuition within our business.

D and A Enterprises provide Spanish language tuition to learners in South Shields, South Tyneside and the surrounding area.

Owned by Angela P Smales, D and A Enterprises was conceived in 2003 although Angela has been teaching foreign languages in South Shields since she moved here from Santos, Brazil in 1985.

Angela was born of British parents in Santos, Brazil. Her father was also a foreign language teacher and Angela has followed in his footsteps.

She attended her academic studies and attained her teaching qualifications at universities in both Santos and Sao Paulo, Brazil.

The success of any business relies on the satisfaction of it’s customers. Angela has a proven track record of successful and satisfied customers, see the Testimonials from previous Spanish language learners.

We hope you enjoy your visit to our website and if you have any questions relating to Spanish language tuition in South Shields, then please get in touch.

The owner of this website is a participant in the Amazon EU Associates Programme, an affiliate advertising programme designed to provide a means for sites to earn advertising fees by advertising and linking to Amazon.co.uk, Javari.co.uk.